The BAC Board is comprised of ten Non-Executive Directors (NEDs) and the Executive Chair. Three of the NEDs are ‘Athlete Members’, with the other members possessing independent specialist skills relevant to the business of the BAC.

The BAC is committed to creating a diverse board that is representative of all of its membership and stakeholders. 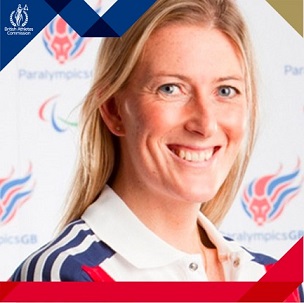 Victoria is a retired Paralympic rower who won world titles in 2006 and 2009, as well as a bronze medal at the 2008 Beijing Paralympic Games.

Prior to competing in Paralympic sport, Victoria played National League netball. Victoria worked as Athlete Services Manager at the British Paralympic Association from 2012-2016 and alongside that represented British athletes on WADA’s Athlete Committee.

Victoria is also a Non-Executive Director at the English Institute of Sport (EIS) and board member of the Athletics Integrity Unit. 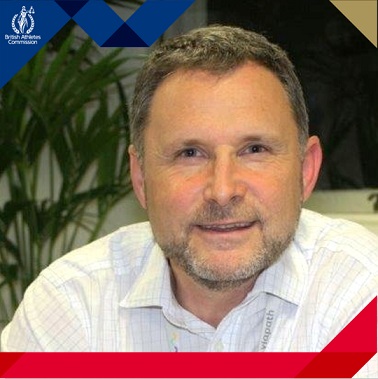 Dougie is a former world junior curling champion and European medallist who captained the Great Britain Olympic Curling Team at the Nagano Games.

Following a 16-year career in the Royal Air Force, where he retired as a Wing Commander, Dougie was Group Operations Director at NHS Blood & Transplant prior to being appointed as Director, Military Test & Evaluation, with QinetiQ plc.

Dougie is currently Chief Executive Officer of Viapath Group and brings a valuable mix of public and private expertise, has led large scale organisations and has a significant track record of successful change leadership in complex operating environments. 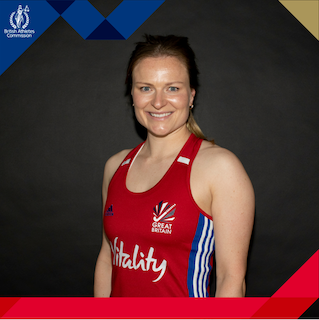 Hollie joined the Board as an Athlete Member in 2021, having previously been an Athlete Ambassador.

She captained Great Britain to women’s hockey bronze in Tokyo, and converted the winning penalty five years previously in Rio, as the squad won historic gold with a shoot-out victory over the Netherlands. 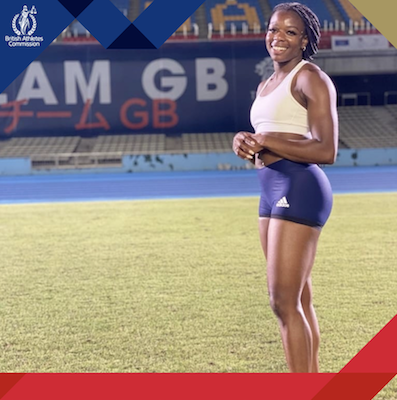 Asha Philip was appointed to the BAC Board as an Athlete Member alongside Hollie Pearne-Webb in late 2021.

Sprinter Asha has medalled at Olympic, world, European and Commonwealth Games, most recently helping her team to 4x100m bronze in Tokyo. 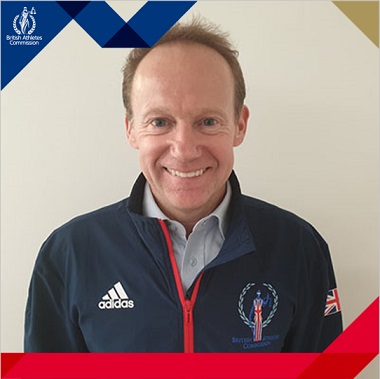 Peter is the Managing Partner of Winston & Strawn’s London and Brussels offices.

He has a broad based advisory practice for clients with significant challenges. He has worked on many cartel cases and associated litigation, achieved complex merger clearances, and has particular experience in complex EU law and regulatory matters.

He has worked across a wide variety of industries including insurance, sports, broadcasting, telecommunications, healthcare, commodities trading, electronics and FMCG. 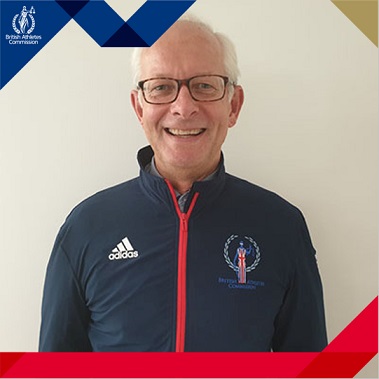 Rod attended the Atlanta, Sydney, Athens, Beijing and London Olympics with Team GB, and the Kuala Lumpur and Manchester Commonwealth Games with the England team.

Based in the South West, Rod coordinates support across the EIS network as well as delivering EIS clinics at the EIS base at the University of Bath. 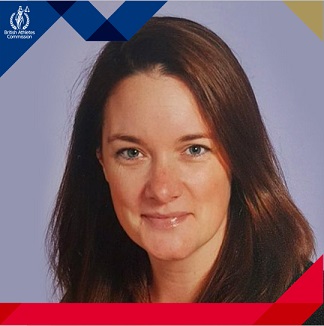 Sarah heads up the BAC, which involves everything from our day-to-day running to ensuring our full compliance with the Code of Sports Governance.

She is responsible for the delivery of the Athlete Support Unit and Athlete Engagement.

Sarah is an experienced operational lead and joined the BAC having led operations for the charity Safe Passage. Her previous operational roles have seen her spend nine years at the Rugby Football Union as well as supporting The Football Association.

Sarah is qualified in Safer Recruitment, GDPR and Understanding Equality and Diversity. 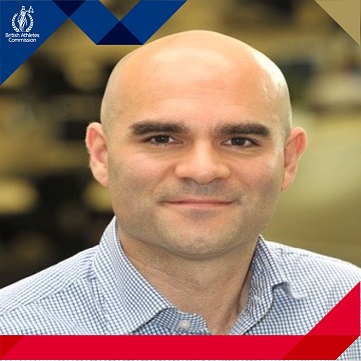 Simon joined the BAC Board in early 2021, and shares responsibility for developing the BAC’s commercial strategy with Milan Sud.

He has over 20 years of Marketing and Commercial experience within the Sport industry, from having worked for global brands, Marketing consultancies and sports rights holders.

In his current role as Strategy Director at CSM, Simon works across the agency’s business with one its largest global clients across a range of sports partnerships.

Previously, Simon has led Brand teams for Coca-Cola, Lucozade and Science in Sport, and spent four years at The Football Association, where he led the Group Marketing function, seeking to grow the commercial success of the FA Cup and England teams, as well as boost participation at a grassroots level.

Most of Simon’s spare time outside work, is either spent watching his daughter play hockey and netball, helping to manage his son’s football team or watching his beloved Leeds United. 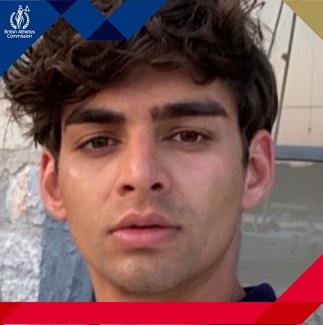 Milan joined the BAC Board in early 2021, and shares responsibility for developing the BAC’s commercial strategy with Simon Freedman.

Milan’s current role is Senior Manager for International Strategic Partnerships at Peloton, where he helped to oversee growth of the brand’s popularity in the UK. Before this, Milan held roles at AXA (Head of Innovation) and Barclays (Global Open Innovation Project Manager).

Away from work, Milan has devoted time to running a scheme enabling children to have a safe space to partake in sporting activities, and is a keen sportsman himself. 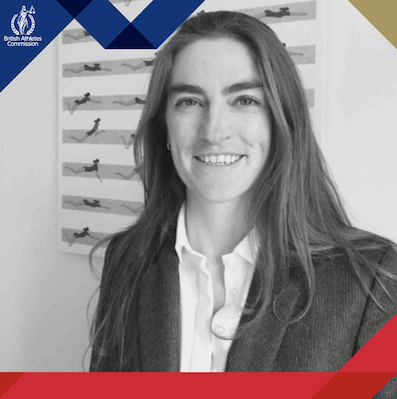 Finance Director Jennifer joined the BAC Board in October 2021.

Originally from South Africa, Jennifer is a chartered accountant, a keen triathlete and Treasurer of the Carers Network charity. 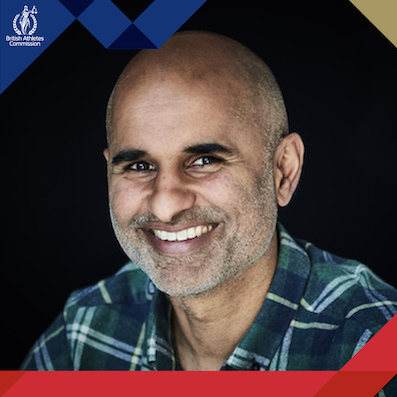 Pranav joined the BAC Board as Communications Director in 2021.

He is the co-founder and director of LiveWire Sport, a content agency building brands and audiences for sports rights-holders on their owned and operated platforms, now part of Two Circles. 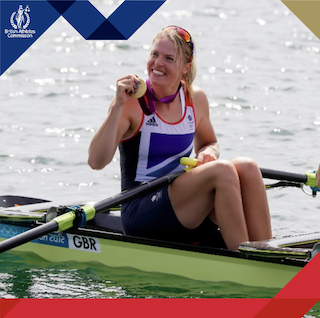 Anna joined the BAC as CEO in June 2022, having previously held a Board position with the organisation.

Following an international sporting career which spanned well over a decade Anna, who was awarded an MBE for services to rowing in 2013, moved into consultancy. She was a vice president at McKinsey’s advanced analytics arm, QuantumBlack, and has since worked as an independent consultant, undertaking work in areas including strategy, performance and wellbeing. In addition, she remained involved in sport following her retirement, as both an athlete mentor and coach.